A VP of the fitness program at Peloton, Robin Arzon, believes that sweat is the only way to transform your life. She came from a law background before joining Peloton, and now she is one of the most popular peloton instructors.

Arzon was born in Philadelphia on 20th September, 1982. The father of Arzon was a lawyer, and her mother was a doctor. She graduated from Villanova University School of Law and worked as a successful litigator in Paul Hastings, LLP. When she was only 20, Arzon was kidnapped with a group of other kids. Fortunately, they survived, and Arzon decided to change her career.

She resigned from the law firm and pursued her career in fitness and athletics. She joined a marathoner professional and became an ultra-marathoner. Do you Arzon work as a sports reporter in 2012? You can read her bestseller Shut Up and Run to know how hard she worked to become a certified fitness trainer.

It was 2014 when Arzon joined Peloton, and she was one of the first peloton instructors. She loves bike riding and wants to change the lifestyle of her followers.

Arzon was promoted to Vice president Post at Peloton in 2016. However, she is still the Peloton bike trainer despite her top administration position. In 2019, Robin Arzon was married to Drew Butler. Her husband is an investment manager. They have a beautiful daughter named Athena Amelia Arzon-Butler.

Arzon strongly believes in hard work. According to Arzon, sweat is the only way to change your destiny. She says the pride of hard work will last longer than the discomfort.

Arzon always searches for the next best sweat. She is commonly found adding up miles and improving reps around New York City.

Being the VP of Peloton, Peloton bike instructor, and an author of books, the estimated net worth of Robin Arzon is up to $10 million.

“To the days you haven’t lived yet, what could go right?” — Robin Arzon

“Live your life do it now. Do it now. This is not a dress rehearsal.” — Robin Arzon

Take your life and make it the best story in the world.” — Robin Arzon

What WAS historical, doesn’t mean that has to be your forever.” — Robin Arzon

Does Robin Arzon Have Diabetes?

Robin Arzon was diagnosed with type 1 diabetes in 2012. The disease was diagnosed only three weeks before when she was running her first ultramarathon.

Does Robin Arzon Have Kids?

The Vice President of Peloton has a daughter named Athena Amelia.

When Did Robin Arzon Join Peloton?

Robin Arzon joined Peloton in 2014, and she is one of the first peloton instructors. 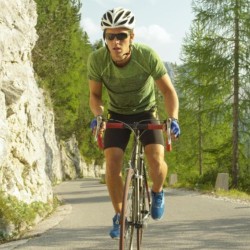